Agrigento… where on earth is that?

Agrigento sits in the hilly countryside just off the southern coast of Sicily.

Primarily, it is known for impressive Greek temples. Located couple kilometers outside of the city, the Valley of the Temples (Parco Archeologico Valle dei Templi) is the site of the best-preserved Doric temples outside Greece. It’s been a UNESCO World Heritage site since 1997.

The Greek poet Pindar once called it “the most beautiful [city] of those inhabited by mortals.”

Before coming to Sicily, I never heard of Agrigento. I imagine that I am not alone.

Somehow, this historical gem flies below the radar in a crowded field of island’s attractions. To fully appreciate the region without getting buried in lengthy historical scrolls, check Visit Sicily article about Agrigento or read this history buff’s guide to the city.

We decided to visit Agrigento in early October to avoid the excruciating heat of Sicilian summer on a 2-day trip.

From the beginning, we fully understood that in 2 days it would be impossible to visit every interesting place in Agrigento region. Thus, we needed a set itinerary to keep us on time and protect from spur-of-the-moment decisions.

I. Valley of the Temples

The Valley of the Temples (La Valle dei Templi di Agrigento) – ruins of 10 Doric temples. La Valle dei Templi is an archaeological site in Agrigento, Sicily, southern Italy. It is one of the most outstanding examples of Greater Greece art and architecture…[Wikipedia]

Before the trip, I had some doubts about visiting the Valley of the Temples. From all descriptions, it looked like the epitome of a tourist trap.

Looking back, I am so glad that we decided to give it a try. The Valley is a magnificent place. Ancient Greeks knew how to make a lasting impression, and even after two and a half thousand years it leaves you in awe of their skills.

The Valley of the Temples photo essay highlights the magnificent beauty of the ancient Akragas.

Scala dei Turchi (Stair of the Turks) – a rocky cliff on the coast of Realmonte, near Porto Empedocle, southern Sicily 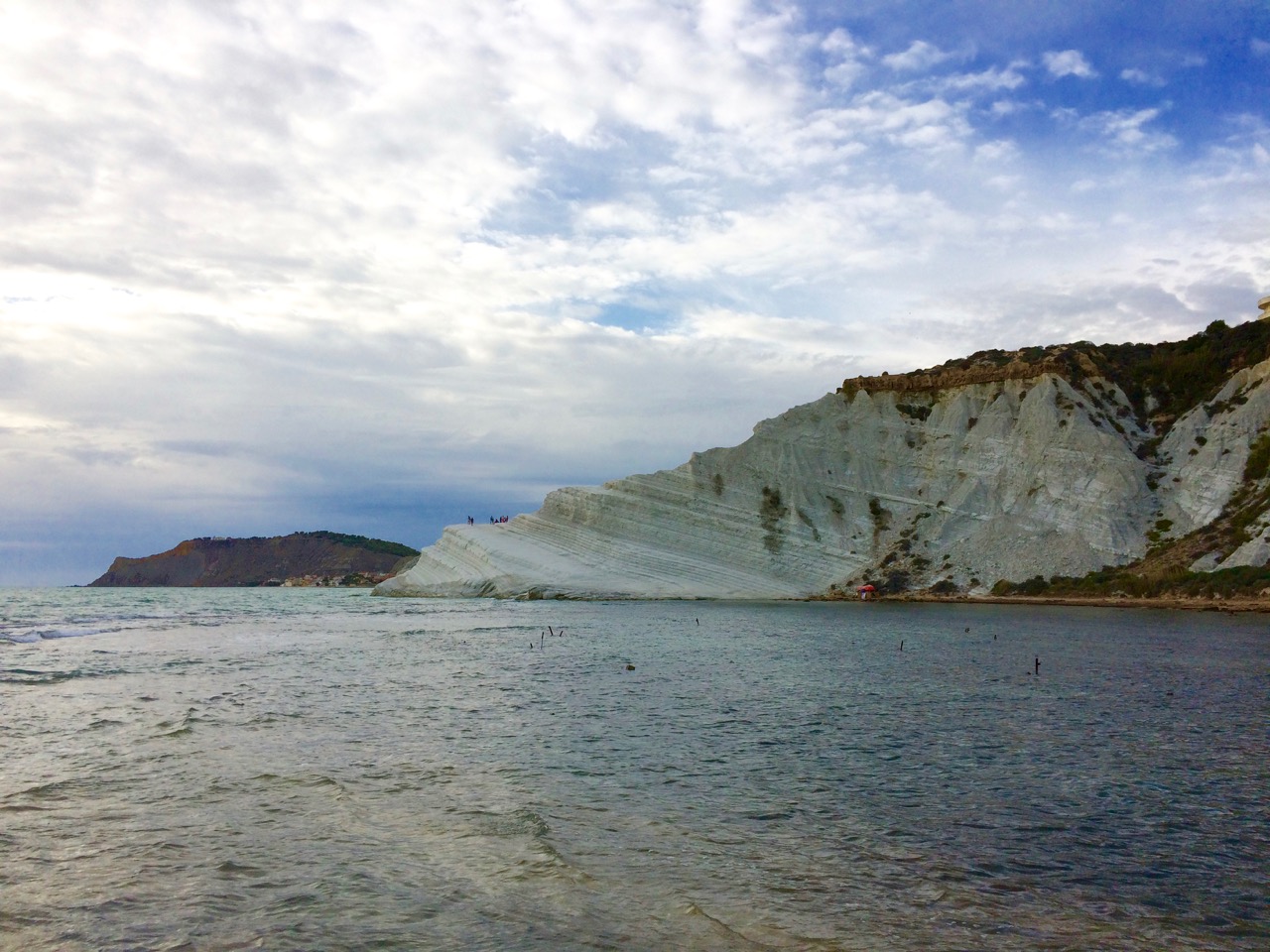 Scala dei Turchi is on everyone’s list of places to visit in Agrigento, so expect some company.

Moreover, every visitor would try to outdo others in taking a most memorable photo. At times, it makes Turkish Steps looks more like a backyard of some 19th-century asylum than a natural wonder.

However, be patient and wait till sunset. Even with cloudy skies, you would be rewarded with amazing views.

Sunset at the Turkish Steps is our visual tribute to the majestic Sicilian land. 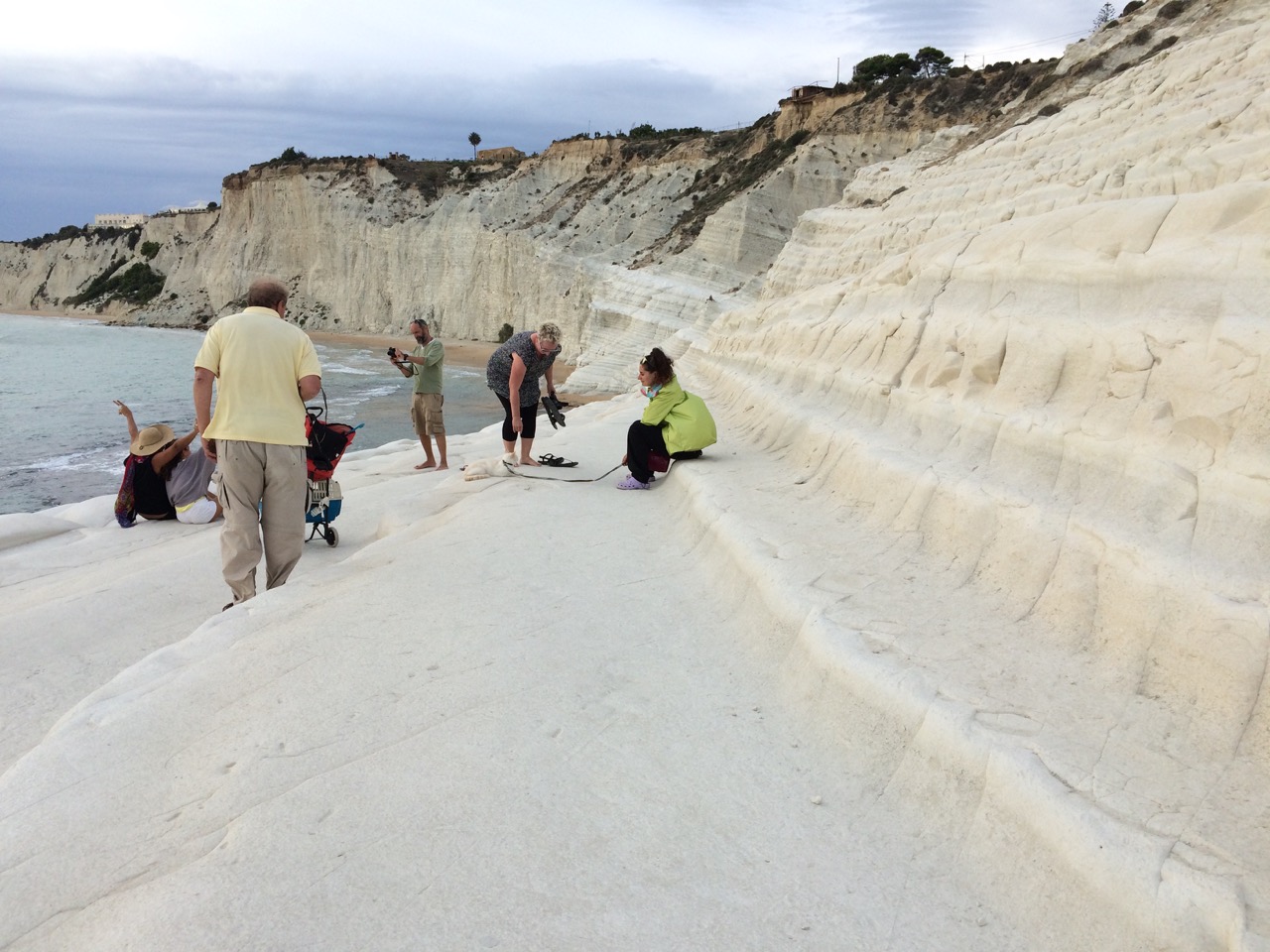 Beware that parking cars along the road is not allowed. Traffic police occasionally patrols  the area and would not hesitate to issue a ticket.

There is a parking nearby that opened not long time ago exclusively for Scala dei Turchi visitors. Parking fees are hourly-based with maximum daily fee ~15€. We paid 7€ for 2 hours.

The old town Agrigento walkabout was on our to-do list, but after a long day visiting the Valley of the Temples and Scala dei Turchi, we just drove through the old town instead. With no time to spare, it was not our first priority. If we had more than two days, we probably would spend half a day exploring the center of Agrigento.

Parking could be a problem. There are three choices: The walk along the cliff next to ruins, delicious food, the beach.

Coming to Eraclea Minoa was an unexpected treat.

We drove there just to quickly check the ruins and planned to get back to Agrigento to eat lunch in some of the recommended restaurants and walk around the old town. Instead, we spent the whole day in Eraclea Minoa.

We skipped the ruins (frankly, the Valley of the Temples is much more impressive), and walked around the cliff instead.

Next, we drove to Cattolica Minoa village, parked the car and ate a delicious lunch at Lido Garibaldi restaurant.

The rest of the day – the beach!

Where to eat in Agrigento

Kalos in Agrigento (very close to the train station)

We decided to rent a car. However, the city is also accessible by train and by bus.

Depending on traffic, it takes between 2 to 3 hours to drive from Palermo to Agrigento.

There are three places that were originally on our itinerary (see below).

We haven’t visited them for two reasons: 1) we liked the Valley of the Temples and Eraclea Minoa so much, that we decided to spend more time there at the expense of visiting fewer locations; 2) it was not clear whether Torre Salsa and Maracube de Aragona were open to visitors. If you decide to visit either place, contact them first.

Sciacca (also Schiacca) is known for its beautiful views of Mediterranean.

The city still retains its medieval layout, which divided the town into quarters, each laid out on a strip of rock descending toward the sea. Besides usual array of attractions, there is a unique one in Sciacca: The Castello Incantato was created by Filippo Bentivegna, who carved 3000 heads of stone and wood (devils, knights, gods, and historical figures) behind his house in the early 1900s.

NOTE: before going there, check conditions first. Occasionally, their website warns about impassable roads and mud slides due to heavy rain.

The entrance to the reserve:

NOTE: before visiting check if open. It was temporarily closed in 2014 due to a tragic accident where 2 children died as a result of mud eruption.

If you are interested in off the bitten path places around the world, you may also like: 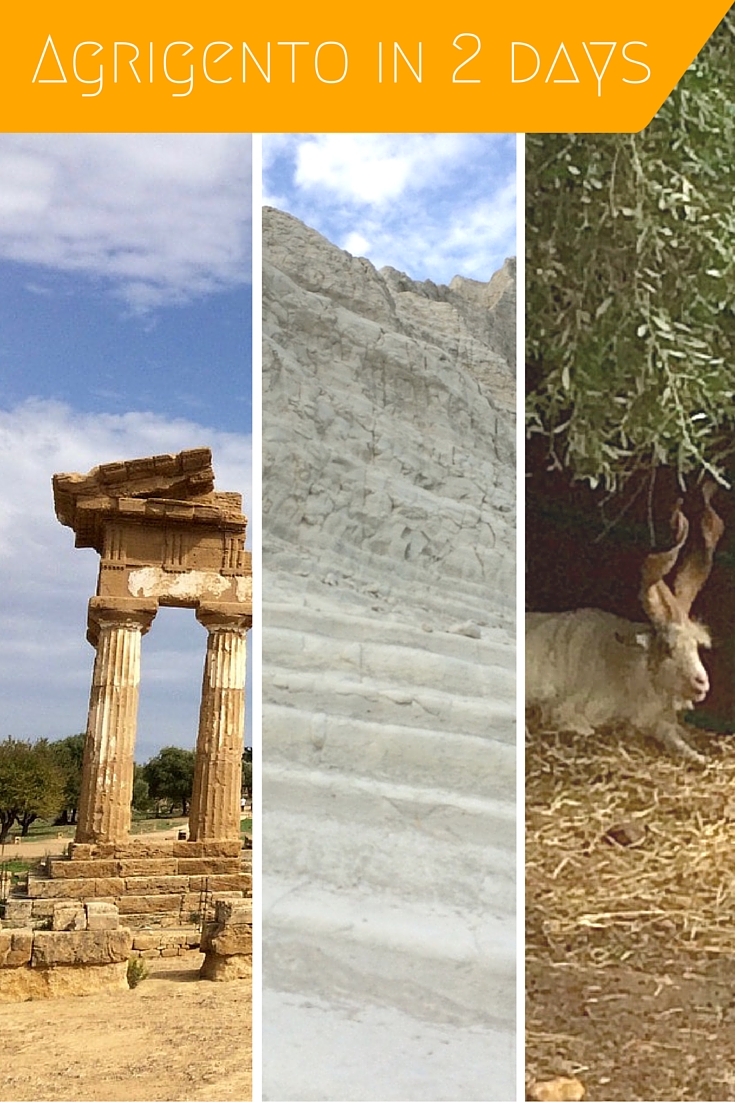 24 thoughts on “Agrigento In Two Days”