Flying doesn’t have to be overly expensive if you know where to look. The major carriers tend to charge more monetizing their brand name recognition. Let’s explore lesser-known choices. Low-cost airlines (aka budget airlines) and regional airlines are viable alternatives to traditional carriers.

How to find the best plane ticket?

Unless you travel on a company dime, it could become a daunting task. Indeed, balancing budget, convenience and timing combined with tricky geography requires a lot of patience and good will.

Eventually, every more or less frequent traveler develops a technique of dealing with these pesky bookings.

From oh so 20th century tradition of employing travel agents to a tricky combination of online aggregators paired with VPN-conjured exotic locations, there should be a sure way of snatching that coveted ticket. Budget and regional airlines make their mark too.

ABC of ticket buying from the horse’s mouth

My routine begins with a couple of aggregators. They vary depending on our next destination. My current favorites are Momondo and Matrix Airfare Search. From there, I switch to 3-4 top results.

I always book tickets directly from an airline. Statistically, problems with bookings do happen and dealing directly with the airline helps to solve them quicker and with fewer hassles.

Certainly, this process works reasonably well. However, there is a way to improve it. It’s not a big secret that some regional and budget airlines do not appear in search results. Momondo is doing a better job than other aggregators, but still their listing is not complete.

There used to be some budget flight search engines or directories, like wheretowhen.com, but they slowly disappeared, got acquired and/or switched to conventional searches.

Traveling in a certain geographical region helps to discover local airlines. An advertisement in a local newspaper, a name on a departure board, a conversation with a neighbor leads to a new find. Some low-cost airlines are tiny, just a one- or two- men operations. Others happened to grow into successful enterprises.

I started compiling this list of lesser known budget airlines years ago. Eventually, some of them ended up on Momondo and became, more or less, household names.

The list is in alphabetical order. Some budget airlines expand/shrink or change the geography of their operations and it is too time-consuming to keep up with them.

Air Arabia – is a low-cost airline with its head office in the Sharjah Freight Center, Sharjah International Airport, in Sharjah, United Arab Emirates.

Air Arabia Maroc – a Moroccan low-cost airline, set up as a joint venture between various Moroccan investors and Air Arabia.

AirAsia – the world’s best low-cost airline. It offers the cheapest flights to over 100 destinations across Asia and Australia.

airBaltic – is the Latvian flag carrier airline and a low-cost carrier.

Air Do – previously known as Hokkaido International Airlines, is a Japanese low-cost airline operating scheduled service between Tokyo and cities in Hokkaidō.

Air Europa – Air Europa Líneas Aéreas, S.A.U. is an airline in Spain, the third largest after Iberia and Vueling.

Air Nostrum – Air Nostrum, Líneas Aéreas del Mediterráneo, S.A., aka Iberia Regional, is a regional airline based in Valencia, Spain. Air Nostrum is an independent carrier which operates as a franchisee of Iberia Airlines and Binter Canarias.

Air Transat – is a Canadian airline based in Montreal, Quebec, operating scheduled and charter flights, serving 60 destinations in 25 countries.

Astra Airlines – is an airline based in Thessaloniki, Greece. Serving 22 destinations in Greece and seasonal flights to Tel Aviv.

Atlantic Airways – is the national airline of the Faroe Islands, operating domestic helicopter services and international passenger services as well as search and rescue responsibilities from its base at Vágar Airport, on the Faroese island of Vágar.

Binter Canarias – is an airline based in Telde, Gran Canaria, Spain. It is a regional air carrier operating inter-island services within the Canary Islands, in addition to services to Morocco, and Portugal.

Corendon Airlines – is a Turkish-registered airline headquartered in Antalya, Turkey.

Chalair Aviation – established in 1986, Chalair Aviation has developed a network of domestic regular lines in France. Chalair’s strength is its expertise in providing a “tailor-made” service.

Eastar Jet – is a low-cost South Korean airline established in 2007.  Eastar Jet chose a single aircraft type fleet (a new generation Boeing 737-600/700) which allows for greater efficiency in maintenance and support of the low-cost structure.

EVA Air – is a Taiwanese international airline based at Taoyuan International Airport near Taipei, Taiwan, flying to over 40 international destinations in Asia, Australia, Europe, and North America.

FastJet – is a low-cost African airline. The airline was initially created with the acquisition of Fly540, an airline operating in East Africa, and flights in Fastjet’s own name commenced in November 2012.

IndiGo – is an Indian budget airline company headquartered at Gurgaon, India. It is the fastest growing and also the largest airline in India with a market share of 38.9% as of May 2015.

Jet2.com – is a British low-cost airline in the United Kingdom. It operates services from eight bases, seven in the UK and one in Spain, to 58 destinations. The airline also offers contract charter and air cargo services.

Malindo Air – is an airline based in Malaysia established in 2013. It is a joint venture between National Aerospace and Defence Industries of Malaysia and Lion Air of Indonesia. The name Malindo is derived from the names of respective countries: Malaysia and Indonesia. Current routes include popular destinations in SE Asia and Australia.

Peach – is a low-cost airline based in Japan. Its head office is on the fifth floor of Kensetsu-to on the property of Kansai International Airport in Izumisano, Osaka Prefecture.

Primera Air – is a Danish leisure airline which was founded in 2003 as JetX. Primera Air Scandinavia has its headquarters in Copenhagen, Denmark.

SATA – legally SATA Internacional – Sociedade Açoriana de Transportes Aéreos, is an airline based in São Sebastião, Ponta Delgada, in the Azores, Portugal. It is a subsidiary of SATA Air Açores.

Scoot – is a Singaporean long-haul budget airline owned by Singapore Airlines. It launched flights in 2012 on medium and long-haul routes from Singapore, predominantly to Australia and China.

Sky Express – legal name Cretan Aeronautical Exploitations, is a Greek airline headquartered in Heraklion International Airport. It was established in 2005 and operates a number of domestic flights, serving 18 destinations.

Small Planet Airlines – is a European leisure carrier who at this time is operating in 4 main markets: Lithuania, Poland, UK and France.

Spirit Airlines – is an American budget airline headquartered in Miramar, Florida. Spirit operates scheduled flights throughout the U.S. as well as the Caribbean, Mexico, and Latin America.

Tassili Airlines – is a passenger airline based in Algiers, Algeria. It provides scheduled services out of Houari Boumedienne Airport, as well as charter flights on behalf of the Algerian oil industry.

Transavia – is a Dutch budget airline that offers charter flights and scheduled flights to summer and winter holiday destinations around Europe and to the Mediterranean.

TUI fly (formerly Jetairfly) – is a Belgian airline with its registered office at Brussels Airport. The airline is a subsidiary of the TUI Group and part of the TUI Airlines.

Vanilla Air – is a budget airline in Japan wholly owned by All Nippon Airways. Its head office is within Terminal 2 of Narita International Airport in Narita, Chiba Prefecture.

WestJet – is a Canadian carrier that provides scheduled and charter air service to 90 destinations in Canada, the United States, Europe, Mexico, Central America and the Caribbean.

WOW air – sadly, no longer in business. You can still reach their website for the information about  passengers rights. 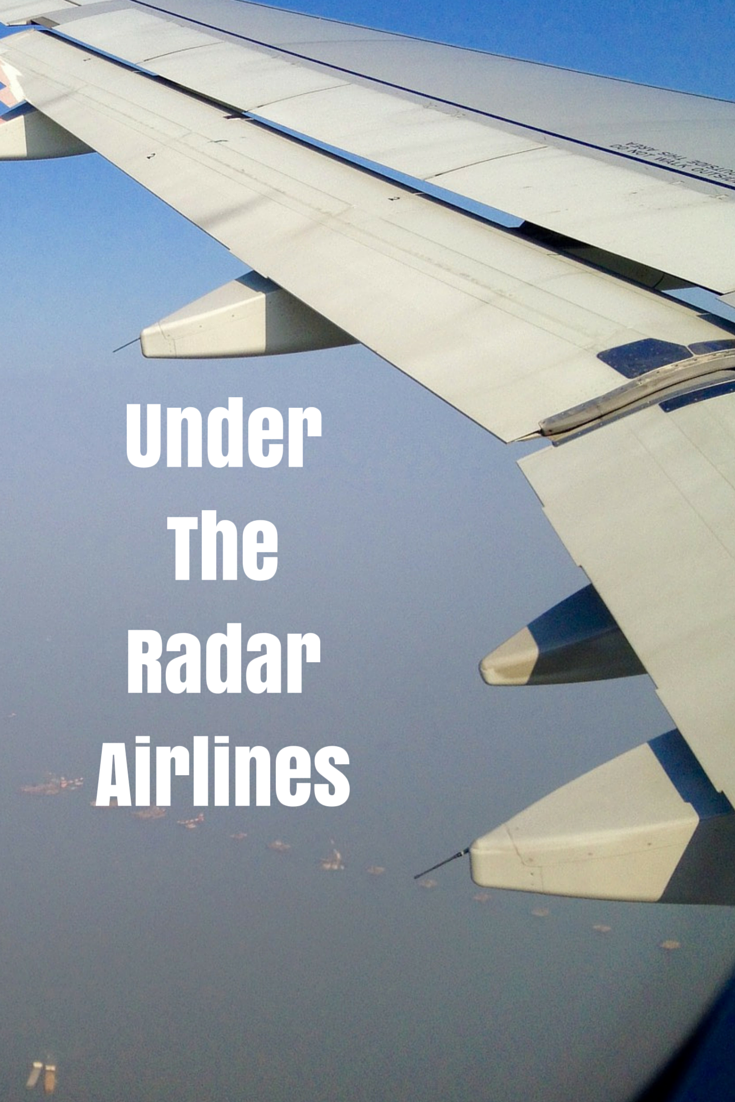 20 thoughts on “Budget Airlines And Regional Carriers: Flying Under The Radar”