In truth, the ghosts and festivals were the last things on my mind that morning. Our first Saturday in Kaohsiung, a modern port city in southern Taiwan, started off with a familiar routine. Waking up a bit late, a quick breakfast, and we were ready for the first walkabout around the city that would be our home for the next three months. 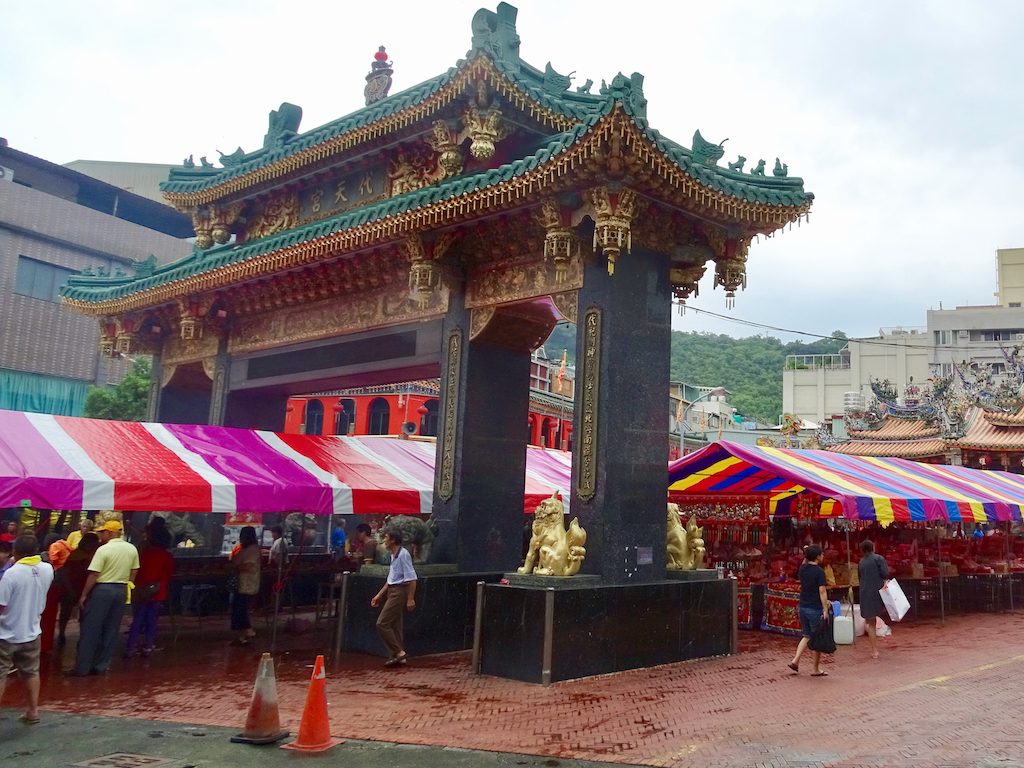 Stroll with us through the streets of Tainan, the first capital of Taiwan and its oldest city.

First encounter with the Hungry Ghost Festival in Taiwan

Mercifully, the rain that plagued the whole island with floods had stopped. The sickly gray skies unsuccessfully tried to keep the sun at bay. Despite all their efforts, our neighborhood dried up in no time. Streets came back to life with food vendors filling the air with mouthwatering smells of their fare and merchants moving displays of whatever they were trying to sell out in the open.

Everything looked pretty ordinary. Yet, something was up. At first, it was just a momentary uneasiness, a curious feeling. Then, it hit both of us almost at the same time. Can you spot what is unusual in this picture?

During summer months without cooling rain, it feels like a sauna outside, It’s hard to fathom that somebody would need to set up a small fire to keep warm.

Coming closer, we noticed a table with some food, fruits and a bottle of water.

From a clueless foreigner’s point of view, the scene became even more surreal when a man appeared from inside carrying some pieces of yellow paper and started throwing them into a fire.

We found the source

Following the intensifying smell of incense and growing noise, we came upon a temple.

First of all, Taoist temples of Taiwan visually are awesomely unique: the riot of colors combined with a multitude of finely carved figures; the most cheerful dragons with one-of-a-kind whiskers; the endless enjoyment of a firework that somehow materialized and shaped up as a fairytale production. It’s worth traveling to the island just to take a look at those fantastic pieces of art.

Of course, they look the best on a sunny, clear day with blue skies and lush greenery as a background. Since August is muggy and wet, this is the best picture we could take so far.

Back to our Saturday adventure, the roof was not the only colorful splash on that day. The entire space between the gates and the temple was filled with fiery bright tents. Underneath them, there were dozens and dozens of tables full of food and drink.

As we learned, we were in the middle of the Ghost Festival in Taiwan.

The origins of the Ghost Festival

According to traditional Chinese beliefs, the seventh month in the lunar calendar is when the gates of the underworld are kept open, and the hungry (aka restless) ghosts are allowed to visit their family and roam the earth in search of food, money, and… ahem… entertainment. This month is called the Ghost Month.

Why ghosts are hungry?

A hungry ghost is the one who had been sent to the underworld to suffer from hunger for its misdeeds or for not having a proper burial. Once a year, they are set free and are given the opportunity to fulfill some of their cravings and, possibly, gain some good karma for reincarnation into a better life at the expense of their family members. To ease their suffering, the living make offerings of food, money, and entertainment all month long, culminating with an outdoor ghost-feeding ceremony on the night of the Hungry Ghost Festival. It takes place every year on the evening of the 15th lunar day of the 7th month on the lunar calendar. In 2018, it happened to be on August 25th.

Supposedly, ghosts won’t harm those who make offerings of food, money and material goods. Thus, wanting to get in the good graces with them, people burn essence and joss paper (aka ghost money). Of course, old traditions get modernized with passing times, so tiny replicas of the houses, cars and tech devices needed by the 21st century’s ghosts in the afterlife are acceptable too.

The ABC of ghosts’ hosting

Since the ghosts are hungry, obviously, setting up a table outside of a house or a business full of fruits, snacks, and sweets would please them. And, of course, to entertain roaming spirits a roadside performance would be necessary. Just remember that the front seats are always reserved for the ghosts.

It occurred to me that, perhaps, it would be more respectful referring to them as “spirits.” However, it seems that “ghost” is a widely used term in Taiwan.

Whether you believe in ghosts or not, here are a few tips to avoid a random phantom faux pas during the Ghost month:

The list goes on and on. Take it with a smile and find out more ridiculous taboos here if you wish. Now, learn what to do during the Ghost Month. Enjoy!

Find out more about the fascinating Taiwan

… and, of course, read about us and how our nomadic slow travel journey had started and, eventually, brought us to the enchanted Formosa island. 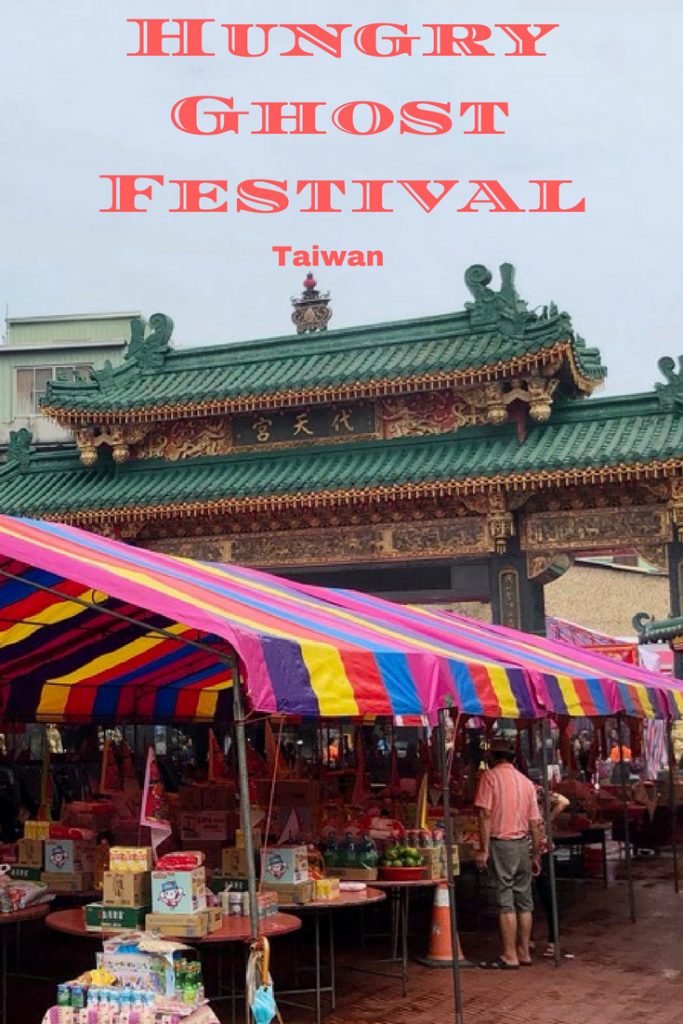 2 thoughts on “The Hungry Ghost Festival in Taiwan”