Driving in Costa Rica is an adventure. It can be extremely challenging even to the experienced drivers.

Outside of big cities, roads are mostly unpaved and often in poor condition. Large potholes are common occurrences that could cause severe damage. Most trips take longer than what you’d expect. Frequent hazards in the countryside roads are potholes, landslides during the rainy season, bicycles driven without lights and animals. Driving at night can be treacherous. Roads often lack lighting, guardrails, and street signs. In the mountains, domestic and wild animals often choose to sleep on the paved highway because it has retained heat from the afternoon sun. Quite often, 2 lane roads feed into one-lane bridges. During the rainy season (May-November), landslides, and washed-out roads are common.

In San José, there is a law that restricts cars from operating on certain days. The last number on a vehicle’s license plate determines which days it can operate.

Heavy traffic provides plenty of opportunities for thieves to steal whatever they can snatch from vehicles moving at snail speed. Rental cars have been popular targets. It’s worth to make an effort to store luggage and other personal items out of plain view and ensure that car doors are locked. Another common tactic is to puncture the tires of rental vehicles and follow the car until the driver pulls over. The criminals, under the pretense of being good Samaritans there to help change the tire, will steal the tourist’s personal belongings.

Road accidents are frequent, particularly outside of San José. Drivers can be aggressive and, at times, reckless, especially on highways. Traffic laws and speed limits are often ignored, turn signals are rarely used, passing on dangerous stretches of highway is common, and pedestrians are not given the right of way. Motorcyclists commonly drive without respect to rules of the road, often passing on the right, weaving without warning, and creating lanes. The fatality rate for pedestrians, bicyclists, and motorcyclists is high.

Addresses in Costa Rica are usually given in terms of how many meters (north, south, east or west) a spot is from a specific landmark (for example, churches, stores, large trees). Street names and building numbers are not commonly used, only in downtown San José. A good hint to know which direction is located East, West, North or South. Most of the catholic churches main entrances are facing West. Each block is assumed to be 100 meters long, even if some are much longer or shorter.

911 is the nationwide emergency number. If involved in an accident, the law requires that you leave the vehicle(s) in place until the insurance company and traffic police arrive, which could take hours. If you do move your car, there are legal implications. Traffic police officers are scattered around the country and do not regularly monitor the roads; they mainly respond to traffic accidents.

It is important to fill your tank in cities as gas stations can be few and far in between. There are no self-service pumps, and it is usual to tip the attendant with approximately 300 colones.

Rules of the Road

The highway speed limit is 90kph(55 miles) which drops to 60kph(38 miles) in residential areas or curves and near schools to 25kph(15 miles).

Tickets for exceeding speed limits, drunk driving or driving without a valid license permit are around US $400. Other fines might be around US $100 to US $300. These amounts are approximate only and can vary as Costa Rican laws may change.

Seat belts are required as well as car seats for children under certain age.

Do not bribe the traffic officers.

Right turns on red lights are allowed unless a sign indicates otherwise. 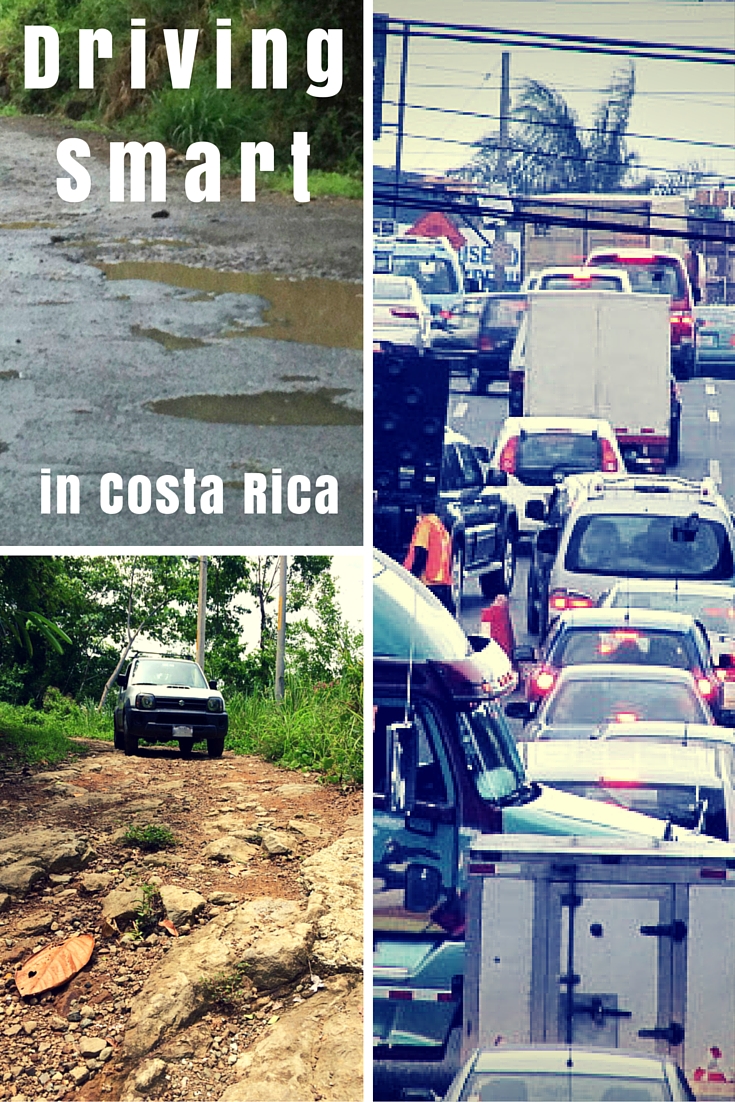